Other methods are also available, including electro-osmosis, horizontal wellpoints and relief wells, but these are much less commonly used.

Another, less commonly used dewatering method is shallow suction wells. This technique is described in this blog.

WHAT IS SHALLOW WELL DEWATERING?

Because pumping is based on the suction principle, shallow wells have a limit to the maximum drawdown of groundwater level that can be achieved below the level of the pump. The maximum drawdown that can be achieved by the suction well system is 6 to 7 m below the level of the pump. The shallow well method is sometimes known as ‘jumbo’ wellpointing, since the wells can be thought of as widely spaced, grossly oversized wellpoints.

A suction down pipe is placed in each well, linked to a common suction header pipe laid along the line of wells. This header pipe is pumped by one or more wellpoint pumps. A typical layout of a suction well system is shown below (in this case the pipework is wrapped in insulation to help winterize the dewatering system against freezing temperatures). 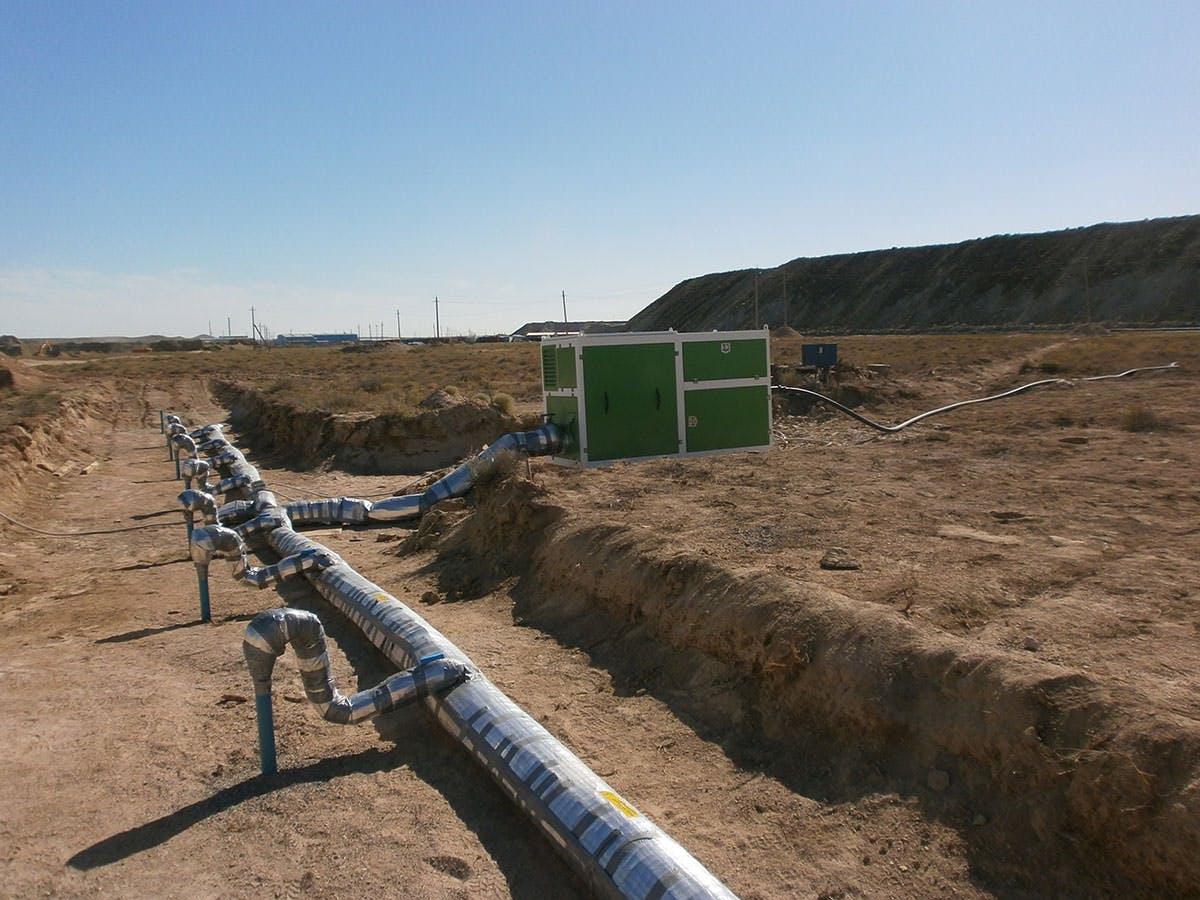 The method is most useful where the soil permeability is high (e.g. gravels or permeable fissured rocks). Because the wells are of larger diameter than wellpoints they generally have a greater yield and so can be at wider centres. This reduces the number of wells that must be installed, reducing drilling costs and potentially taking up less space on site than a line of closely spaced wellpoints.

Shallow well dewatering can be very effective on sites where limited drawdown is required (less than 6 to 7 m) and where drilling may be difficult (e.g. due to the presence of cobbles and boulders). By using widely spaced wells fewer wells need to be drilled, reducing drilling costs and time for installation. The suction pumping system can potentially pump much greater flow rates of water from a well of given diameter compared to a borehole submersible pump (where the maximum pumping rate may be limited by the capacity of the size of borehole pump that will fit down the well).

In these high permeability, small drawdown conditions, consideration might be given to sump pumping as an alternative to shallow wells. When comparing the capabilities of the two methods it is apparent that shallow wells have two principal advantages over sump pumping:

In summary, shallow well systems can be an effective method of groundwater control and dewatering, especially in high permeability soils.